Boston is a historic city known for its red brick buildings, clam chowder, and its undoubtedly loyal Red Sox fans. So, as you can imagine, thousands of people descending upon the city for a solar power convention doesn’t really come to mind when you picture Bean Town. The Energy Toolbase team was one of 80 exhibitors that flooded the Westin Boston Waterfront hotel for Solar Power Northeast, along with more than 1,500 attendees. This year’s convention featured 5 separate tracks of education, including the addition of O&M and energy storage events, along with multiple networking events throughout the day and night. There was a good mix of exhibitors as well, which is probably what made it so intriguing. From solar mounting, software platforms to solar developers and installers, the convention was a one stop shop for solar and storage. 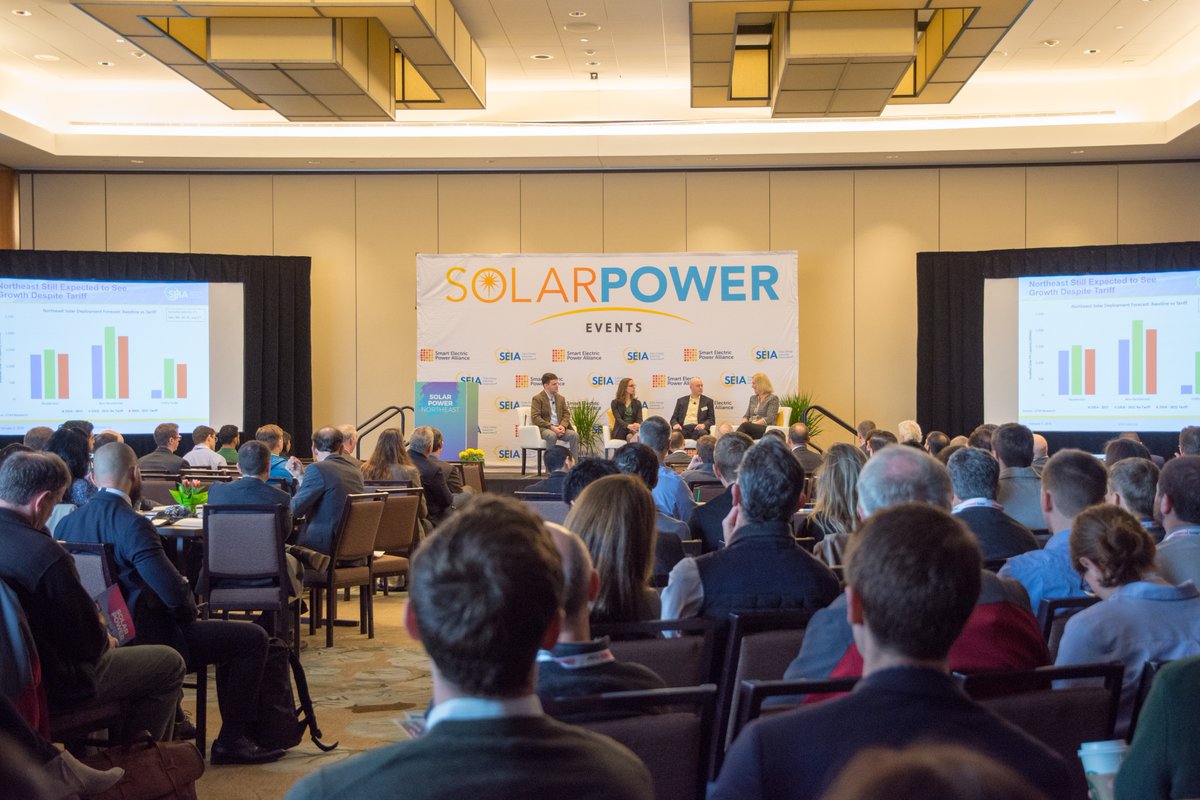 The Energy Toolbase team was front and center, with our booth situated right at the entrance of the exhibit hall, a prime spot for foot traffic throughout the day. As usual, the ETB booth was a beehive of activity throughout the entire show, whether it was someone stopping by to say hi, checking out a demo of our latest features, or someone looking to learn more about what Energy Toolbase does. Sometimes these interactions are a quick 3-minute demo, other times it ends up being an hour-long private deep-dive. 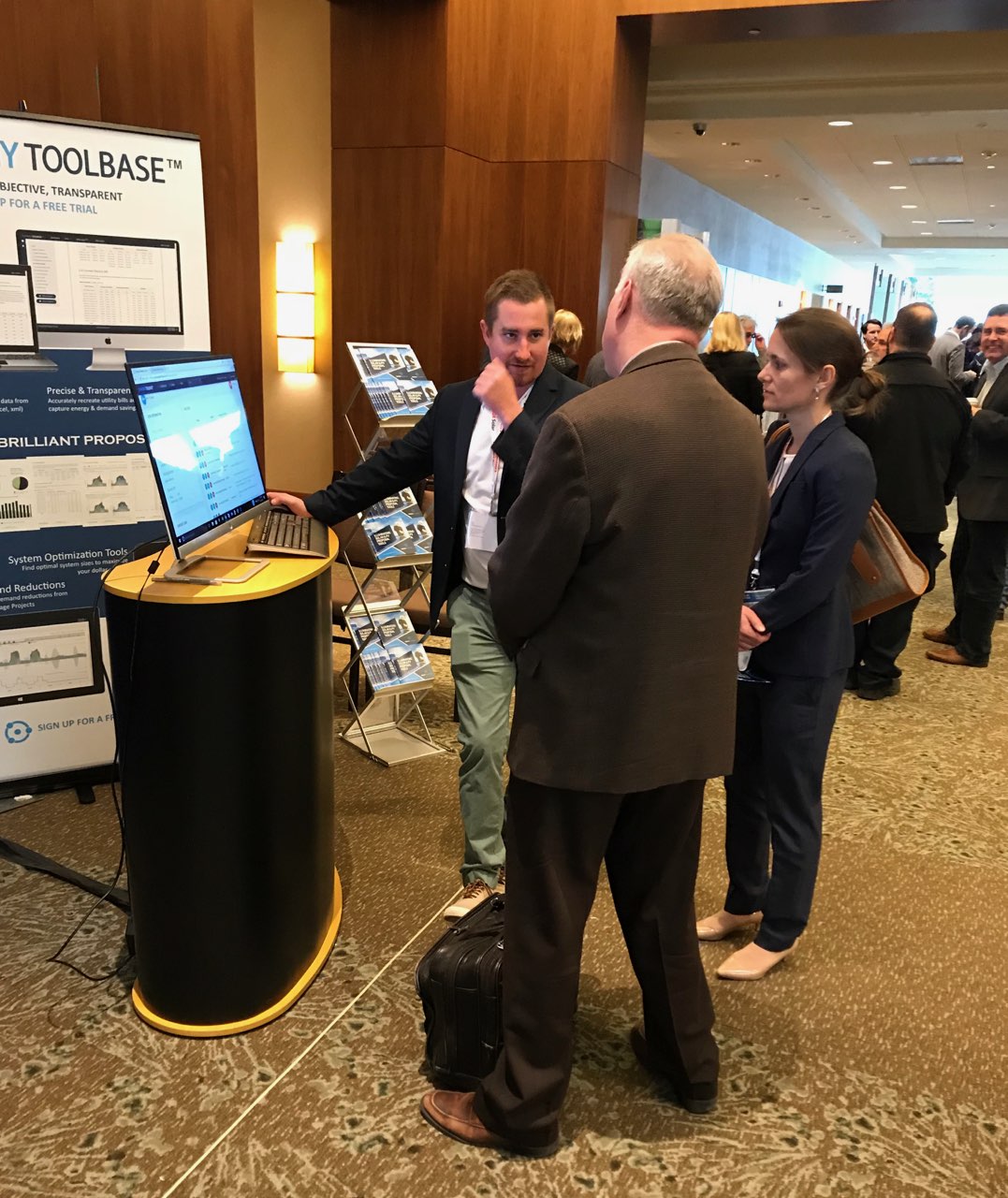 Of course, you can’t go to Boston without trying some renowned cuisine. The team ventured into Little Italy on the last night in hopes of indulging in an authentic dish. When the cab driver stopped at the start of Hanover Street, things got a little intimidating. The streets are lined with dozens of restaurants with names that are so authentically Italian that they’re hard to pronounce. But finally, one was settled on and the menu did not disappoint. 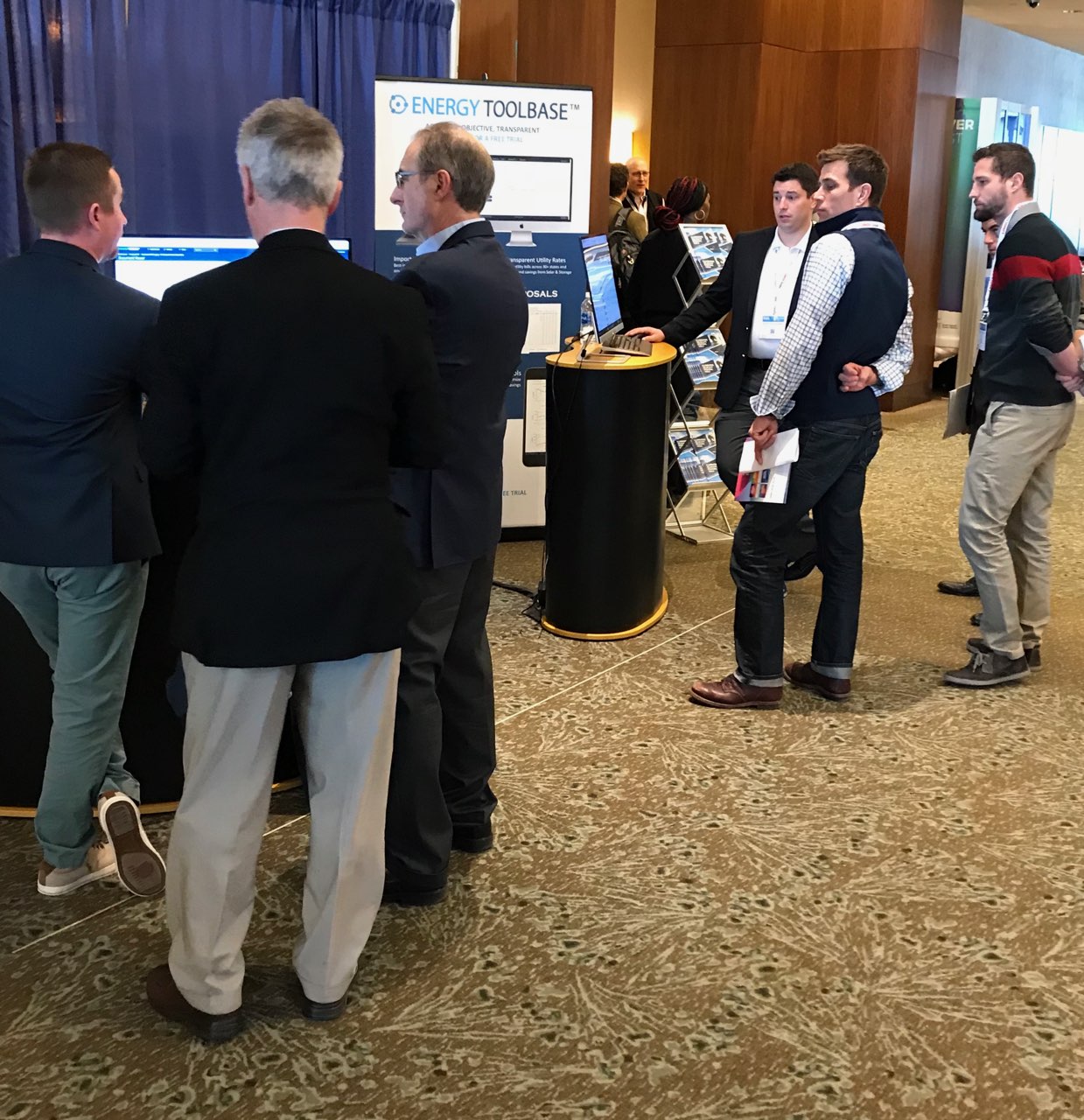 The team flew out the next day, just beating a massive storm that dumped several inches of snow and topped it off with freezing rain. While we love the Boston and the Northeast, our team attending the show (Scott, Rion, Tracy) all agreed we’re grateful for the year-round weather back home in Florida and South Carolina. Look for the ETB team back in the Northeast in the coming months at the NFMT conference in Baltimore, MD, and the NABCEP  conference in Niagara Falls, NY.