New York’s solar and energy storage market has evolved significantly in recent years, which we summarized in a previous blog where we unpacked the policies and initiatives driving the market forward. To successfully deploy projects in New York, developers first need to be able to interpret the technical language that the Empire State speaks. In this blog, we summarize the most important acronyms and entities that developers operating in the New York market need to know. We’ve also compiled a list of essential online resources at your disposal that will help you navigate the solar + storage market waters of New York.

VDER (Value of Distributed Energy Resources): A replacement for net energy metering in New York State. This is the mechanism used to value customer-sited energy exported to the grid. Also known as the Value Stack, each kWh exported to the grid receives a given value based on the following: 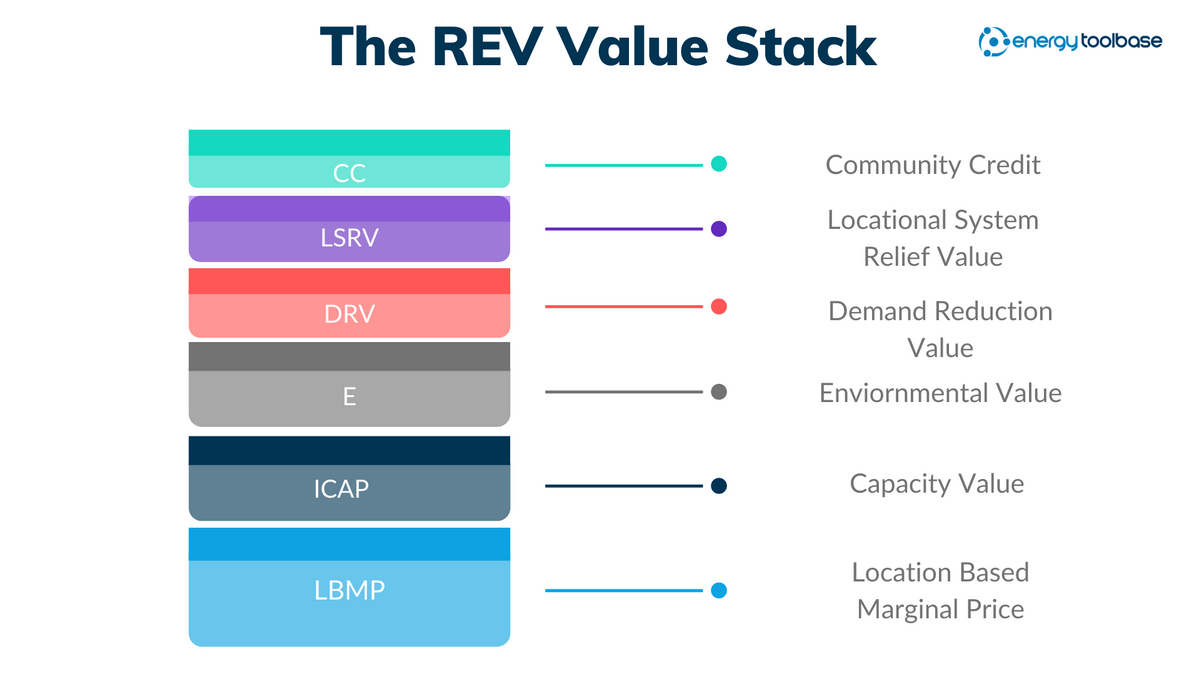 CDG (Community Distributed Generation): The NY Public Service Commission defines this as “Eligible generating facilities located behind a nonresidential host meter coupled with a group of off-takers (Satellite Accounts) who receive bill credits based on the generation of that facility.” A given CDG project must be less than 5MW and must have a minimum of 10 off-takers located in the same utility territory and NYISO load zone as the project.

RNM (Remote Net Metering): A qualifying generating facility behind a nonresidential host meter which can also serve one or more meters at other locations owned or leased by the same host customer (Satellite Accounts). Satellite Accounts must be within the same utility service territory and NYISO load zone as the host.

DR (Demand Response): A program through which customers reduce their electricity consumption in times of high grid strain due to demand for electricity exceeding the supply. There are two programs in New York that mainly differ in the amount of time a participant has to reduce their load.

ESR (Energy Storage Resource): A resource that can receive energy from the grid, store it, and later inject that energy back to the grid.

ICAP (Installed Capacity): As it pertains to the NYISO wholesale market. This refers to the generating capacity of an asset that is physically installed. In NY, this value is derived from an asset’s nameplate rating coupled with state-approved testing and evaluation methods that determine a final rating.

UCAP (Unforced Capacity): Represents a percentage of an asset’s ICAP that is likely to be supplied at a given time. This value is determined through a 12-month rolling average of an asset’s monthly forced outage rates and is the capacity that can be traded in the NYISO Installed Capacity (ICAP) Market.

PSC (Public Service Commission): An agency that oversees and regulates the electric, gas, water, and telecommunications industry in New York State. As a part of the Department of Public Service (DPS), they also aim to stimulate competitive markets that will benefit New Yorkers through innovation and investment.

NYISO (New York Independent Systems Operator): The regional transmission organization for New York, which is authorized by the Federal Energy Regulatory Commission to exercise the functions required for keeping electricity flowing and that the region has reliable, competitively priced wholesale electricity.

NYPA (New York Power Authority): A public benefit corporation not regulated by the PSC that generates and delivers wholesale electricity to LSEs as well as commercial, industrial, and municipal customers. 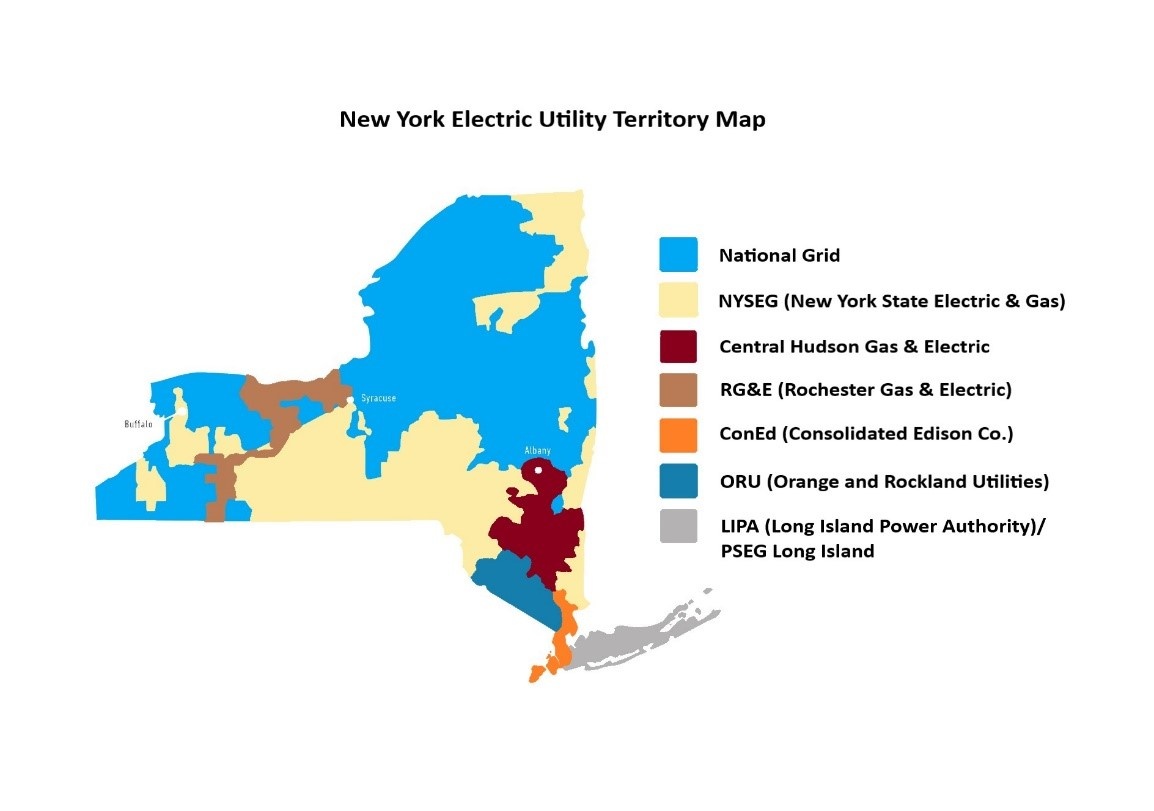